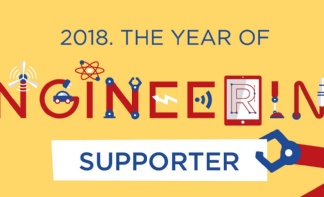 To celebrate the Year of Engineering, the children of South Camberley Primary School spent time being engineers. Engineering takes scientific knowledge and creativity and applies it to innovations that help humanity.

At the Infant sites, the children were introduced to the story of the Lighthouse Keeper’s Lunch by Ronda Armitage. The children were then asked to design and make a way for the lighthouse keeper to move his lunch from the mainland to the lighthouse. In both Year 1 and 2, the children spent this morning doing this task in small groups. They thoroughly enjoyed the morning and there were some spectacular designs. The children in Nursery and reception will spend this week on the task and they will investigate floating and sinking and which materials make an effective boat.

The day was structured slightly differently at the Junior campus where they took part in an inter-house challenge. The children were challenged to move tomatoes from the table top to the floor. This was based on a real life problem in Nepal where farmers have to transport their produce down steep, dangerous mountain sides. The children worked in small groups, within their house, to design and make a prototype capable of transporting the tomatoes. The best two designs from each house then went head to head to decide the winner of the competition. Further house points were also given for team work, good communication and innovation.

The winning design was from Genesis house. We have been incredibly proud of the way our children have worked together as a team and listened to each other. We would also like to thank those parents that sent in resources to use in science day. Thank you for your continued support!